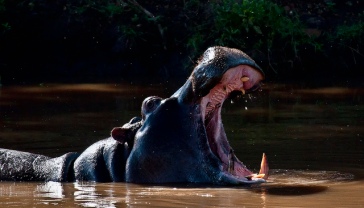 We’ve all heard the saying, “sticks and stones may break my bones, but words will never hurt me.” Well, a few weeks ago employees at the Ohio State University found their words coming back to hurt them and their employer in a big way. END_OF_DOCUMENT_TOKEN_TO_BE_REPLACED 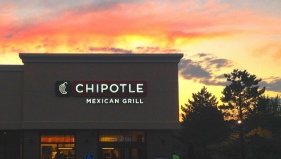 Jeanette Ortiz, 42, won’t have to worry much longer about the extra fee for guacamole at Chipotle. Ms. Ortiz, a former Chipotle general manager was found to have been wronged by her former employer—so much so that a Fresno jury awarded her almost $8 million in damages. END_OF_DOCUMENT_TOKEN_TO_BE_REPLACED

Humility is a virtue.  And, for most of us, it doesn’t come easily.  Particularly for those of us who want to be good at our jobs and to please to whom we report, owning up to a mistake at work can be a difficult task.  Management professor Robert Sutton offers advice about how to deliver a truly effective apology in his book, Good Boss, Bad Boss.  A recent article about Sutton’s advice summarizes it in three steps. 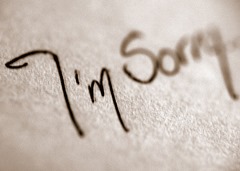 When you make a mistake at work, own your actions.  And own them completely.  Don’t combine your apology with an excuse.  Omit the word “but” from every apology.  For example:

Do:  “I apologize.  I sent the shipment sooner than I should have.”

Don’t:  “I apologize.  I thought you said to send it out yesterday.”

The second example sounds more like blame shifting than an apology.  Own up to the error fully.

The apology should be commensurate with the mistake.  If you miss a big meeting, you should make your apology in person.  If you are 15 minutes late to the meeting, a less formal face-to-face is probably required.

Employees who offer a solution for the problem that they’ve caused come out looking like problem solvers-a positive attribute in any workplace.  Can’t solve the problem?  Then explain what steps you’ve taken to try to solve it.  Just dumping the problem onto another person (particularly your boss) is not a good idea.  At the same time, make it clear that you intend to ensure that the problem not occur again.  Be clear that you won’t make the same mistake twice.

Employers should hire nice people.  That’s according to Adam Grant, author of Give and Take, anyway.  Grant writes that there are three types of employees: Takers, Matchers, and Givers.  And he advocates that employers should focus their hiring efforts on the last type-Givers are good, in other words.

Takers, as you may have guessed, are people who put their own interests first.  Workplace bullies fall into this category, of course.  Matchers believe in quid pro quo-something for something.  Most employees fall into this category.  Then there are Givers.  Givers do nice things for others with no expectation of reciprocity, writes Seth Stevenson at Slate.com.

The problem with Givers, though, is that they can be too nice.  More often than not, they are so selfless, they spend too much time helping others and, as a result, are overlooked for promotions and other opportunities.

But that is not the case for all Givers, says Grant.  Some Givers make it all of the way to the top.  Takers and Matchers, on the other hand, get stuck in the middle.  Why? According to Grant, Givers will because people like them for all of those selfless acts.

So, in a sense, what Grant is saying is that success is a type of long-term popularity contest.  He is also saying that employers should hire nice people. What he doesn’t say is that employers should take care to help the Givers avoid getting run over or falling behind because of their commitment to kindness.

Have a nice day.

Is Your Boss a Bert or an Ernie?

A recent survey conducted by several of my colleagues demonstrates the speed in which litigants can obtain preliminary relief from the Court of Chancery. The survey included a sampling and analysis of approximately 200 cases between 2009 and 2011, in which the court ruled upon a motion for temporary restraining order or a motion for preliminary injunction. The results reflect the frequency and speed at which the court has granted injunctive relief in recent years:

Based on these statistics, there seems to be little doubt that the court will order injunctive relief on an expedited basis in cases where circumstances require expedition, including those involving noncompete agreements and misappropriation of trade secret.

A copy of the full article drafted by my colleagues and published by BNA can be obtained on the Young Conaway Stargatt & Taylor website.

Happy Labor Day, dear readers. In observance of this important national holiday, may I suggest having a look at a new set at the Library of Congress, called Child Labor & Lewis Hine. The set showcases the works of investigative photographer Lewis Hine, who portrayed working and living conditions of children in the U.S. between 1908 and 1924.

Hine’s photography was aimed to promote the “rights, awareness, dignity, well-being and education of children and youth as they relate to work and working.” You can read more about his work in the set description.

Last night I watched the second episode of Gordon Ramsay’s new show, Hotel Hell. If you’re not familiar with the show, the basic premise is this: Gordon visits a failing hotel and, after lots of screaming and yelling, turns the owners into decent human beings who don’t treat their staff like savages and who see the error in their ways. The team all pulls together at the end and turns the place around. [FN 1]

Like the premiere episode last week, last night’s episode provided no shortage of “teaching moments.” [FN 2] The main lesson from last night’s show was this: leave the farming to the farmers. Just because you have enough change in your pocket to buy a parcel of land does not mean that you should be operating a John Deere. The chickens will cluck at you from the hen house and the cows are likely to give you a swift kick with a hoof if you so much as think trying to milk one of them.

In this case, there was no farm, no tractor, and no animals. It was worse–there was a lawyer with a hotel. A lawyer who had no experience whatsoever in the hospitality industry. But, one starry night, he was talking to his wife about what they should do to celebrate their wedding anniversary when he had the bright idea to buy the local landmark hotel instead of, let’s say, just booking a dinner reservation.

And, poof, just like that, the lawyer became a hotelier. Not a successful hotelier, mind you. But a hotelier nonetheless. Soon, Gordon was on site to save the day.

He nearly fell over when he learned that Mr. and Mrs. Hotel Owners had no experience in any aspect of hotel or restaurant management. He told them, or, technically, screamed at them, that they ought to just sell the place; that they were not cut out for this business. As it turns out, it seems that Gordon may have been right, the post-script following the show indicated that the bank foreclosed on the property, despite Gordon’s valiant efforts. So what’s the “teaching moment” from this low-grade disaster?

Don’t pretend to be something that you’re not.

If you find yourself responsible for a project in a subject matter far beyond your scope of knowledge, admit it. And, for the love of Ramsay, don’t try to boss around the real subject-matter experts. If you do, you’ll be the laughing stock of the hen house. [FN 3]

[FN1] Don’t misread my description as a negative review–I heart Gordon Ramsay. If it’s his show, it’s great, and that’s that.

[FN 2] A “teaching moment,” for those who many not know, is a major screw-up that, 15 years ago, would have resulted in taunting and teasing but, today, prompts insightful discussion by those who did not cause said screw-up.

[FN 3] In Delaware, you’d have Blue Hens in your proverbial hen house, as it’s the Delaware State Bird.