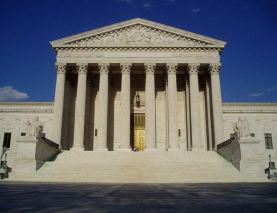 The 2018 Supreme Court spring rulings were undeniably victorious for employers. Epic Systems Corp. v. Lewis ruled that workers have to abide by arbitration agreements, and that such provisions do not violate the collective bargain rights of the National Labor Relations Act.  A second, Janus v. AFSCME, ruled that public-sector unions cannot require fair share fees from workers who do not wish to join the union.  The impact of these decisions has been significant for public- and private-sector employers, nationwide. END_OF_DOCUMENT_TOKEN_TO_BE_REPLACED 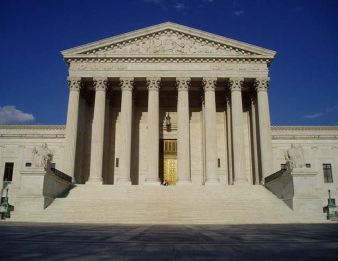 One of the most anticipated rulings of the Spring Term was issued by the Supreme Court on June 4, 2018. In a 7-2 decision, the Court ruled that baker Jack Phillips was treated with hostility for his religious views by the Colorado Civil Rights Commission when they ruled that he could not refuse to make a gay couple a wedding cake. END_OF_DOCUMENT_TOKEN_TO_BE_REPLACED

A three-judge panel decided, after less than 30 minutes of conferring, to uphold a 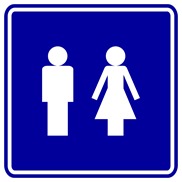 decision from the District Court for the Eastern District of Pennsylvania, allowing transgender students to use the bathroom that matches their gender identity.

In 2016, Boyertown School District updated their school policy, allowing transgender students to use the bathroom that corresponds with their gender identity (rather than their anatomical sex). The school district also provided single-stall showers and single-stall bathrooms that students who felt uncomfortable using another bathroom could use. END_OF_DOCUMENT_TOKEN_TO_BE_REPLACED

Delaware began issuing marriage licenses to gay couples on July 1, 2013, less than a week after the U.S. Supreme Court’s decision striking down the Defense of Marriage Act (DOMA). Delaware will no longer perform civil unions pursuant to the Civil Union Equality Act, which was passed into law in 2010. Couples who entered into a civil union prior to July 1 may convert their civil union into a legally recognized marriage or wait until July 1, 2014, when all remaining civil unions will be automatically converted. END_OF_DOCUMENT_TOKEN_TO_BE_REPLACED

The Delaware House of Representatives voted yesterday in favor of Senate Bill 30, a bill that would create same-sex civil unions in Delaware, and recognize civil unions performed in other states. The bill also changes all sections of the Delaware Code where marriage is mentioned, by requiring that the word “marriage” be read to mean “marriage or civil union.”  END_OF_DOCUMENT_TOKEN_TO_BE_REPLACED

In July, Delaware Governor Jack Markell signed into law an amendment to Delaware’s employment-discrimination statute. The amendment prohibits discrimination based on sexual orientation. Not surprisingly, many employers are concerned about the potential for increased litigation in light of the new law. Some employers may be surprised to learn that current federal law has been used to achieve a similar level of protection. A recent decision from the federal appeals court demonstrates the extent that such protection is provided under Title VII of the Civil Rights Act (Title VII). END_OF_DOCUMENT_TOKEN_TO_BE_REPLACED

NASCAR has been sued for race discrimination, gender discrimination, and sexual harassment.  The plaintiff, a black female former official, seeks $225 million in damages.

The plaintiff, Mauricia Grant, worked as a technical inspector in NASCAR’s second-tier Nationwide Series until she was fired in October 2007. She’d been with the organization since 2005, when she alleges the harassment and discrimination began.  END_OF_DOCUMENT_TOKEN_TO_BE_REPLACED