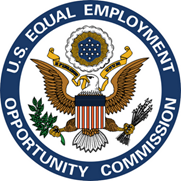 As the #MeToo movement reaches its first anniversary this year, we have been reflecting on what a dynamic year it has been for employment law. It’s almost hard to believe that it has only been one year since the earth-shattering allegations against Harvey Weinstein were made public, catalyzing the movement.  Perhaps unsurprisingly, one of the biggest effects of the #MeToo movement has been an increase in the number of sexual harassment charges and lawsuits filed in 2018.  A similar swell was seen in the year following the Anita Hill hearings, as Clarence Thomas was confirmed to the U.S. Supreme Court.

The Equal Employment Opportunity Commission (EEOC) recently released a report, summarizing some key developments in the 2017-18 fiscal year.  Among the statistics disclosed:  between 2017 and 2018, the EEOC saw a 12% increase in the number of sexual harassment charges they received, and a 50% increase in sexual harassment lawsuits they filed. More striking, the report showed that there had been a steady decline in the amount of sexual harassment charges filed, from 2010 to 2017.  Of note, and unsurprisingly, the EEOC attributes that decline to under-reporting, not a period of extraordinarily good behavior.

Another response to the movement—which is not tracked by the EEOC—has been employers taking allegations of sexual harassment more seriously.  We have seen a marked uptick in the number of employers requesting outside investigations to address complex complaints of sexual (and other) harassment, and a corresponding willingness to deal firmly with unprofessional behavior in the workplace, regardless of whether it rises to the level of unlawful harassment.

We hope your business is on this bandwagon as well, because we expect to see a continued focus on sexual harassment litigation by the EEOC.  For more information on how you can improve your work space to better prepare for and deal with sexual harassment, you can attend the Delaware SHRM State Conference on November 1 and 2 at Dover Downs Hotel and Conference Center in Dover, Delaware.  Our very own Scott Holt will be addressing sexual harassment training, investigations, and the impact of HB360, which amended the Delaware Discrimination in Employment Act to better address these rising concerns!