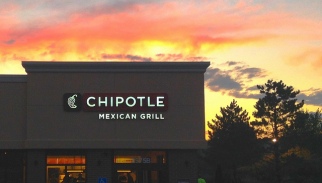 When the Supreme Court ruled on Epic Systems v. Lewis on May 21, 2018, they altered how cases involving collective action would play out. We are currently seeing the results of the Court’s decision in the case of Turner et al v. Chipotle Mexican Grill, Inc.

For those who have not been following along, Chipotle workers filed suit in September 2014, alleging that the Tex-Mex chain required workers to clock out after working 40 hours—even if they continued to do work—and failed to keep accurate wage records, which they contend violates the Fair Labor Standards Act and various state wage-and-hour laws. As of July 2016, nearly 10,000 workers were part of the hybrid class and collective action case taking place in the Colorado District Court before Judge John L. Kane.  Chipotle has vigorously defended the suit on multiple grounds, but for today’s purpose, the most important is Chipotle’s effort to have thousands of employees dismissed from the class action because they signed mandatory arbitration agreements, which contain class action waivers.  In other words, many Chipotle employees agreed to individually arbitrate their wage and hour claims, instead of joining class litigation efforts.

Two days after the Epic decision was announced, in which the U.S. Supreme Court held such class action waivers to be lawful and enforceable, Judge Kane issued an Order to the parties that the ruling was relevant to their case, and that each party could submit briefing regarding what if any impact the decision should have on case management and progression. The parties completed briefing in June.

In early August, Judge Kane dismissed 2,814 of the workers from the suit as a direct response to the Epic ruling.  He noted in his decision that earlier in the case he had been using decisions from the Ninth and Seventh Circuits to decide that “arbitration agreements containing class waivers weren’t valid.”  Now, however, he felt obligated to defer to the new precedent set by Epic, writing, “Regardless of whether I agree with the choice to forgo the right to pursue class and collective action claims and resolve disputes through individual arbitration, many businesses have selected this route and the Supreme Court has ruled it lawful.”

Subsequently, on September 4, Judge Kane granted Chipotle’s request to stay further, independent arbitration proceedings with the dismissed plaintiffs; the dismissed workers must now wait for the pending litigation to conclude before they can continue with individual arbitration. Judge Kane extended the statute of limitations from “August 3, 2018 until thirty days after the case is remanded to this court and notice is sent to the arbitration opt-ins advising them of the outcome of the appellate proceedings,” to preserve the dismissed plaintiffs’ rights.

As a result of the Supreme Court’s decision in Epic, nearly 30% of the Chipotle workers suing for FLSA violations had their cases dismissed.  The only reason the rest weren’t dismissed was because they had been with Chipotle before 2014, which is when the company implemented the class-action-waiver and mandatory arbitration agreement for it new employees.  We are only four months after the Epic ruling.  Now that these agreements will be much more strictly enforced, fewer of these large class action cases will be heard on behalf of workers.  Employers will still be held accountable via individual arbitration; however, it is clear that the landscape of employment law will look very different looking forward.