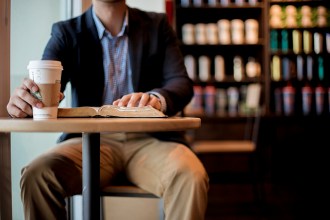 Training seems to be all the rage these days. From a possible new bill here in Delaware that would require sexual harassment training for employers with more than 50 employees, to implicit bias training, it seems that employers are realizing that the old standards of training aren’t enough. This has come about for many reasons.

Social media has given a platform for malfeasance to be spread quicker than it would have been in the past. The #MeToo movement unified many voices across all platforms of social media using a single hashtag—illustrating how far-reaching the issue was. An incident at Starbucks where two African American men were arrested received much backlash on social media as well.

This last example involving Starbucks prompted the store to shut down almost all of their locations on May 29, 2018, to conduct anti-bias training. It is as much an exercise in tackling systemic racism as it is a show of humility and admitting error for the sake of public relations.

Starbucks knows that 4 hours of training via a 68 page information packet, instructional videos, a mini documentary, and audio clips of testimonials from real Starbucks employees will not end racism in America. Their hope is to start a conversation about the topic. That is not to be confused with their ill-fated 2015 campaign, which literally encouraged baristas to start conversations with customers about the topic of race.

For what it is worth, Starbucks put in the effort to create a comprehensive training program. They consulted former Attorney General Eric H. Holder Jr. and Sherrilyn Ifill of the NAACP Legal Defense and Educational Fund Inc. to craft a thorough and appropriate training. They showed employees videos, one featuring Common, in which he told employees to celebrate differences, and another made by documentary filmmaker Stanley Nelson Jr. that provided a look at the history of civil rights and racial injustice. They had lessons on brain science and perception, exercises that had the employees talk about their own experiences that have been shaped by race, and audio clips of employees talking about how they had let race bias affect their decisions in the past. Starbucks wanted to make employees aware of race bias and, if not resolve the issue all together, at least see and acknowledge that it occurs, “not to judge whether that is a good or bad thing, but merely to notice,” according to the 68 page booklet.

The Starbucks example has many lessons for employers. The two most important are (1) trying to do better when it comes to training and (2) admitting when you are wrong. As we have said before, the old methodology of using videos and online quizzes to train employees for sexual harassment and racial bias are widely acknowledged to be ineffective. And in today’s social-media driven world, an ineffective training regime is a public liability.  So, instead of the video-and-quiz approach, try a more personal and hands-on training with outside consultants to make the message more meaningful. Furthermore, as we said at our Annual Employment Law Seminar, training is more effective when upper management is enthusiastic about it. Starbucks showing that they were willing to close their stores and put effort into researching the best methods for training conveys a clear message to the rest of the company that this is an issue that will be taken seriously.

Admitting error is a hard lesson, but an important one. To avoid potential troubles down the road (legal or otherwise) admitting to a mistake, rather than covering it up, can save a lot of headaches for companies. If you made an innocent error, admit it, and make a good apology.  That may stop employees from ascribing more sinister motives to your actions.  Obviously every situation is different, and admitting you committed an error does not absolve you of all blame. But getting ahead of the negative press and controlling the narrative can be important in many situations.  Of course, when legal liability may be involved, always be cautious of what you say to whom, and seek legal advice before you commit yourself to a position.