Here’s another Facebook-firing case to add to the “win” column for public-sector employers. [FN1] The plaintiff-police officer, Maria Gresham, posted comments on her Facebook page critical of another officer’s involvement in an arrest Gresham had made. Her Facebook page was “set to private” but, of course, the Department got wind of the comments and an investigation was initiated. 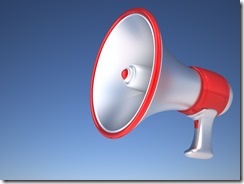 The plaintiff was alleged to have violated the Department’s work rule requiring that any criticism of a fellow officer “be directed only through official Department channels . . . and not be used to the disadvantage of the reputation or operation of the Department or any employees.” [FN2]

While the investigation was pending, Plaintiff was not able to post for the several promotions that came open. Thus, she sued, alleging that she was not promoted in retaliation for her First Amendment speech on Facebook.

The District court held that, although the Facebook post did constitute protected citizen speech on a matter of public concern (thus satisfying 2 of the 3 requirements), the City’s interests in maintaining order and discipline outweighed the interest of the employee. The employee sued.

Yet another victory for public employers in the growing body of case law in the area of First Amendment free speech and social media.

[FN1] Technically, it’s a Facebook-failure-to-promote case. But you get the idea.

[FN2] Does this policy really work? Do employees go through “official channels” every time they want to gripe about a co-worker. If my employees were lined up outside my door to file petty complaints about who took whose sandwich from the shared refrigerator, I would surely run for the door.

Is There a Reasonable Expectation of Privacy In Your Tweets?

Government Employers Can (and Should) Have a Social Media Policy, Part 1, Part 2, Part 3 (an in-depth discussion of the First Amendment protections for public-sector employees’ speech, including speech made via Facebook).