The United States Supreme Court will hear argument next month in United States v. Windsor, which addresses the constitutionality of the federal Defense of Marriage Act (DOMA).  Nearly 300 private-sector employers joined forces in opposition to the law, filing a joint amici brief.  Among the employers who oppose the law are Citigroup, Google, Facebook, and Starbucks, reports the L.A. Times. 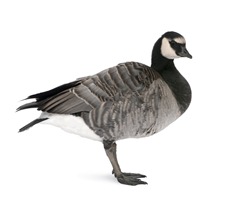 The employers voice a number of objections to the law, all arising from the conflict between state and federal law.  Twelve states and the District of Columbia now recognize same-sex marriages.  But federal law, pursuant to DOMA, prohibits the recognition of same-sex unions.

We discussed a similar conundrum in October of last year, when Nordstrom, Amazon, Microsoft, Nike, and others, took a stand in favor of Seattle’s same-sex law, Referendum 74. A similar theme is heard in the Windsor briefing-smart employers know that equality and fairness are essential to a productive and efficient workforce.  Employers lose when employees are treated unequally in the workplace.

So it makes sense that smart employers would speak out in opposition to government-imposed inequality.