Last week, I posted about the decision of an ALJ finding that Quicken Loans’ confidentiality and non-disparagement provisions contained in its employment contracts violated the National Labor Relations Act (NLRA). Before the new year, though, the NLRB gave us some indication about its position with respect to confidentiality in the workplace. In short, it is not a fan. 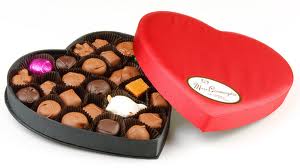 On December 28, 2012, the NLRB announced its decision in American Baptist Homes of the West d/b/a Piedmont Gardens. In that decision, the Board overruled a decision from 1978, which established a categorical exemption for witness statements made during a workplace investigation. Under that long-standing precedent, an employer did not have to provide such witness statements to the union representing an employee concerning discipline.

Well, not anymore. Under the new decision, which found that the bright-line rule established in Anheuser-Busch, Inc., should be replaced by a balancing test. The Board found that the NLRA imposes on an employer a “general obligation” to furnish a union with relevent information necessary to perform its duties. Under the new balancing test, the employer will have to determine whether it has “any legitimate and substantial confidentiality interests.”

I’ve written before about the NLRB’s apparent lack of understanding of what exactly an investigation entails. By definition, a legitimate investigation involves legitimate confidentialty concerns. I won’t repeat myself here but will note that it’s not too late for us to pool together and buy the Board a new dictionary. Valentine’s Day is right around the corner, after all.