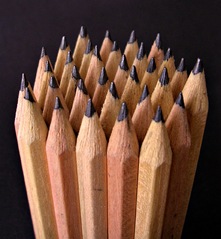 Legal Writing Prof Blog says that it may and it may not. I agree in theory.  In reality, though, I must respectfully disagree.  The answer to the question posed in the title is “Yes.”

I’ve seen it happen too many times to count.  A candidate makes it past the initial screening process but is eliminated during the first-round interviews, not because of anything that goes on in the actual interview.  Instead, the hiring manager spots a typo in the candidate’s cover letter or resume and makes the decision not to hire her before the interview even begins.

Do I agree with this method of elimination?  Well, it depends.  If the candidate pool is entry-level college graduates, I tend to be a lot more forgiving. My experience has been that undergraduate students and recent graduates have not been taught the make-or-break nature of proofreading.  As a result, I tend not to make an elimination decision based on a single typo.

Now, when it comes to law students, it’s a different story.  I don’t expect law students to have perfect proofreading skills. But, what I do expect, is for them to take advantage of the resources available to them.  Law schools provide any number of resources to their students for this purpose, including career-center services and even resume-review services. My alma matter has a whole day devoted to resume reviews, when students can stop in to have their resume reviewed by practicing lawyers and professors alike.  I’ve been asked by a number of job-seeking students to critique their resumes.  In short, a resourceful student with the foresight to plan ahead and the initiative to be creative enough to find a sufficiently broad pool of potential reviewers, will not have a single typo in any document they provide to a potential employer.*

I also must take issue with the statement that a student with an outrageously good resume can escape the negative effect of a flawed resume. If a resume is brimming with very prestigious credentials but contains a typo, the typo doesn’t get overlooked.  Instead, the overlooked mistake indicates that the candidate, who otherwise appears brilliantly qualified, must not be interested enough in the position to put those qualifications to work. A mistake by someone who doesn’t know any better is, to me, less of a turn off than carelessness by someone who does.  Carelessness is a sign that the candidate must not want the job, after all.