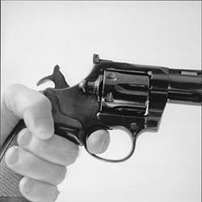 Roughly six months have gone by since guns-at-work laws were passed in Georgia and Florida.  I posted previously about the legislative initiatives in both states.  (See Georgia Takes One Step Backwards in the Fight Against Workplace Violence; Florida Law Permits Guns at Work; Delaware Initiates an Anti-Workplace Violence Training Program).  John Phillips, at The Word on Employment Law, has done an excellent job following up on similar efforts in other states.   He posted yesterday about the direct impact that these guns-at-work laws can have–for employers, its armed, and unarmed employees, and its clients and customers.  In the post, John writes about a Starbucks employee who was shut in the leg while working.  The employee was not only the victim in this case–he was also the shooter.  He shot himself while working with a gun he’d brought to work.  See John’s post for more details and a discussion of the potentially far ranging implications that these new laws can have for employers and employees.