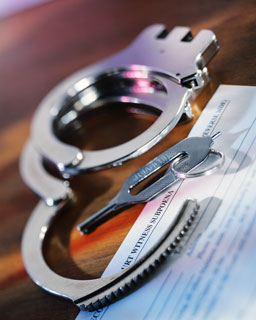 Background checks are commonplace today. The law requires them for some employees, such as child-care providers, nurses, bank employees, and teachers. But there are a variety of reasons for employers to perform background checks even when not required by law. The reasons range from avoiding increased insurance costs to preventing a negligent hiring suit to averting workplace theft and violence.  Background checks provide the information needed to effectuate those objectives. But sometimes the information generated by a background check creates more questions than answers. Smart employers ask questions. Here are some answers.*
Stop in the name of lawful hiring, before you break the law
The Equal Employment Opportunity Commission (EEOC) has taken a formal position against the use of arrest records as an absolute bar to employment, and the federal courts have followed. If you want to comply with the EEOC’s standards ― and who doesn’t? ― don’t disqualify candidates who have been arrested. The EEOC has explained that the use of arrest records to disqualify candidates at the outset would disproportionately affect African-American and Hispanic candidates.
That results in unlawful disparate impact discrimination. Unlike disparate treatment discrimination, disparate impact doesn’t involve any particular animus by the employer. The policy looks neutral on its face and seems to affect all candidates equally. But the real effect is felt by only a certain protected class. So to avoid facing a disparate impact discrimination suit, don’t adopt a policy of refusing to hire an applicant because of an earlier arrest.

Let’s be honest, this standard is pretty fair. You may have heard of something called “the presumption of innocence.” In our nation’s judicial system, we accept that a person who is arrested is presumed innocent until proven guilty.

You’ve got something to talk about ― an arrest record to figure out
While employers may not rule out every candidate with an arrest record, in most states, including Delaware, there are circumstances under which an arrest record may be considered. If the results of a background check reveal an arrest history, you should follow a specific course of action when considering the information.

As a first step, the EEOC tells employers to provide the candidate with a “meaningful opportunity to explain.” In short, that means that you should meet with the candidate, provide him with the information you have received, and give him a chance to provide you with more information that he feels may be relevant in making your decision. The key is not only to let the employee talk, but also for you to actually listen. Hence, the phrase “meaningful opportunity.”
The EEOC intends the process to yield meaningful results and, in turn, expects employers to take more than a passive role. If you could likely verify the candidate’s explanation with a phone call to his previous employer, the EEOC wants you to do just that. If the circumstances and explanation offered by the potential employee don’t allay your concerns, the EEOC still suggests that you proceed with caution before disqualifying him for the job.

What’s an arrest record got to do with it?
Next you should consider whether the circumstances of the arrest are “job-related.” The usual response from employers is “How can an arrest not be related to the job?” Certainly there is an element of truth to that question. But in reality, and especially in the world of the EEOC, it doesn’t represent the whole truth. To accept that all persons with an arrest record are unfit to hold a job would be a quick return to disparate impact discrimination ― do not pass “Go,” do not collect $200.

So when is an arrest history truly “job-related”? The EEOC gives us three things to consider: (1) the nature and gravity of the offense, (2) the time that has passed since it occurred, and (3) the nature of the job sought. Certainly, some jobs will necessarily require a higher standard, and more candidates may be excluded as a result. Law enforcement or other safety-sensitive positions, jobs that give the employee easy access to the possessions of others, and any position that imposes a responsibility on the employer for the safety or well-being of others are three common examples.
Although this may seem like a difficult question, it can be easier to answer if you ask the inverse ― when is a candidate’s arrest history not related to his ability to succeed in the available job? A person applying to be a pharmaceutical sales representative is unlikely to be disqualified because he was once arrested for spray painting a vacant building. Graffiti skills aren’t related to the medical knowledge and self-starter personality trait needed in the sales position. And the arrest seems even more irrelevant if it occurred when the applicant, who is now in his 40s, was a teenager.

You’ve been hit by . . . a smooth criminal
But there are situations that tread a bit closer to the line. For example, would a previous arrest for making terrorist-like threats be related to the skills required of executive assistant? Any crime that involves violence or the potential for violence will require closer attention than, for example, a crime limited to property damage.

This may be where the “meaningful opportunity” saves the day. If you told the candidate that the results of her background check included the arrest, could she offer you any reasonable explanation that would render the arrest unrelated to the job? Maybe she could.
Maybe she would explain that the arrest had occurred when she tried to intervene in a domestic dispute in a neighboring apartment. Once the smoke cleared, she was released and no charges were pressed. And let us suppose that she offered you the name of the arresting officer, who verified her story. You just might end up hiring a new executive assistant, arrest record and all.

Also see: The EEOC published an informal discussion letter in March on the use of conviction records in hiring.