Music may be an art form to some.  But some music may be a form of harassment.  The EEOC has reach an agreement with Novellus Systems wherein the San-Jose based employer will pay $168,000 to a former employee for race-based harassment.  The claim alleges that the employee was terminated after he complained about racially offensive music played by a co-worker. 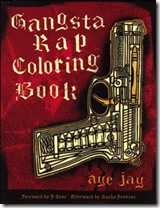 Michael Cooke worked at Novellus Systems for more than ten years. Cooke, an assembly technician, claimed that he was terminated after he complained about racially offensive music played at work by a co-worker.  The suit alleged that a 27-year-old co-worker would play rap music and rap along, using lyrics that included derogatory racial slurs, including the “N-word.”

Cooke complained to the co-worker, a Vietnamese-American, and to his supervisors about the language in the songs.  But the co-worker continued to sing along using racial slurs within hearing distance of Cooke.  After a year and a half of the co-worker singing and Cooke complaining, the suit alleges, Cooke was dismissed in retaliation for his complaints.

A lesson for employers:  As part of the settlement agreement, the company has agreed to modify its anti-harassment policy to exclude playing racially derogatory music in the workplace.

Does your anti-harassment policy include this type of prohibition?  Are your employees permitted to play music at their work stations?  If the answer is “yes,” maybe you should consider a policy review to make sure you’re covered.

P.S.  The Gangsta Rap Coloring Book pictured above is, indeed, a real coloring book, available for sale at Amazon.com for $8.95.