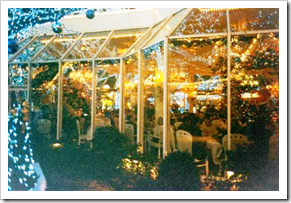 The Equal Employment Opportunity Commission (EEOC) can add another major victory to the scorebooks.   Earlier this week, the Commission settled a discrimination lawsuit for $2.2 million.  The actions at issue are said to trace back to a supervisor who is no longer with the restaurant.  This should be a wake-up call for employers who don’t provide employment-law training to supervisors, helping to prevent and eliminate discrimination and harassment in the workplace.

Tavern on the Green

The hottest headline for EEOC settlements right now is the agreement reached with the legendary N.Y.C. landmark restaurant, Tavern on the Green. Earlier this week, the New York Times reported that the restaurant, located in Central Park, had agreed to pay $2.2 million to settle a sexual-harassment claim filed by the EEOC last September.

Tavern on the Green is a destination for many Big Apple visitors with discriminating tastes, as well as a regular dinner spot for the who’s who of New York’s social scene.  The restaurant opened in 1934 and, in the 50+ years since, has become the “highest-grossing independently owned restaurant in the United States with annual revenues in excess of $34 million and over half a million visitors a year.”

The Allegations Were Many

The suit alleged a whole host of claims including discrimination, harassment, and retaliation.  The alleged harassment was said to include groping female staff members, the regular use of graphic sexual comments, and demands for sexual favors.

The discrimination allegations involved Hispanic employees, who were allegedly ridiculed and name-calling.  Black employees were alleged to have received similarly hostile treatment.

As could be expected, the iconic restaurant denied any wrongdoing as part of the settlement. Representatives also claimed that the target of the suit, the managers accused of engaging in severe and pervasive harassment, separated from the restaurant several years ago.

The conduct is said to have stemmed primarily from one long-time manager who has since left the restaurant’s employment.

What can employers learn from this case?

Well, for one, even the giant can fall.  The Tavern is legendary–a Goliath in a city of Goliaths.  After nearly 75 very successful years in operation, even the Tavern was not immune from the EEOC’s watchful eyes.

But there’s another lesson to be learned here.  The idea that just one supervisor, if left unchecked, can cost your business a lot–a lot of money, a lot of time, and a lot of bad publicity.  Had this supervisor been trained in employment laws, would he have chosen not to engage in such conduct?  Likely not.  But perhaps others would have recognized the serious repercussions of his conduct and put a stop to it before it turned into major liability.

This case is a very good advertisement for harassment and discrimination training for managers.  By setting ground rules for managers to enforce and to follow, employers can take action in preventing this type of detrimental lawsuit.

N.Y. Times: Tavern on the Green to Pay $2.2 Million to Settle Harassment Claim