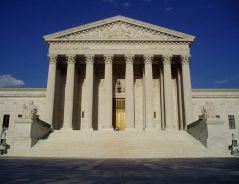 The United States Supreme Court is anything but anti-employee.  The Supreme Court’s decisions in Cracker Barrel and Gomez-Perez, filed yesterday, continue to broaden the limits of Section 1981 in favor of employees.

Recently, employee-advocate groups have made great sport out of attacking the Supreme Court’s employment-discrimination decisions–using them to raise the hue and cry for legislative reform. This week’s rulings in CBOCS West, Inc v. Humphries (the “Cracker Barrel” case), and Gomez-Perez v. Potter show that employee advocates and plaintiffs’ lawyers have little to complain about.

The Background of Section 1981

The Court’s 7-to-2 ruling in the Cracker Barrel case addressed a novel question of law: Whether there can be a claim of unlawful retaliation based on Section 1981. Section 1983, originally known as the Ku Klux Klan Act, was passed in 1871 during Reconstruction following the civil war.  The law was intended to provide a federal remedy for private conspiracies such as those being committed by the KKK, which the Southern state courts had been unsuccessful in prosecuting. In short, the law prohibits discrimination based on race in all aspects of contractual relationships, including written and unwritten employment contracts.

But Section 1981 contains no anti-retaliation language at all. What’s more, when Congress amended the law in 1991, it did not add an anti-retaliation provision.  By that time, many other anti-discrimination statutes had been enacted to explicitly included anti-relation provisions. Nevertheless, in yesterday’s Supreme Court opinion by Justice Breyer, the Court concluded that retaliation claims may brought under the statute and are “well embedded in the law.”

The Significance of the Cracker Barrel Decision

The ruling is significant in at least two ways. First, unlike the perhaps more familiar racial discrimination claim under Title VII, damage awards under Section 1981 do not include monetary caps. Employers are therefore exposed to substantially higher damage claims.

For Delaware employers, that means that, whereas a Title VII employee-plaintiff has 300 days to file a Charge of Discrimination, a Section 1981 plaintiff has more than twice as long, four years, to file a complaint in federal court. Further, since no administrative filing requirement exists under Section 1981, the employer may be unaware of a potential claim for a lengthy period of time.

The Significance of the Gomez Ruling

The Gomez decision is less significant in that it only applies to federal employees. In Gomez, the U.S. Supreme Court, in a 6 to 3 ruling, found that a cause of action for retaliation existed for claims brought pursuant to the Age Discrimination in Employment Act (“ADEA”). The ADEA has an explicit anti-retaliation provision applicable to private sector employees but no anti-retaliation provision applicable to federal workers. The High Court, nevertheless, concluded that Congress “intended” that retaliation be considered another form of “intentional discrimination” under the law.

Cracker Barrel and Gomez continue the Supreme Court trend that began with the Burlington and Faragher decisions, issued in 1998.  Since those rulings, the Court has taken an expansive view of anti-retaliation claims.  It will be interesting to see whether pro-employee groups and Plaintiffs’ lawyers will be satisfied by these decisions in light of the decidedly expansive view of employee-retaliation rights that the Court has adopted.

The Legal Information Institute (LII) at Cornell has an excellent summary of the Cracker Barrel decision, as well as links to the actual decision and the numerous briefs.  The Gomez decision is also posted at the LII website.

HR Hero is an excellent resource for more information on the broader topics that were addressed in these cases, including Section 1981, Employment Retaliation, and Age Discrimination in Employment (ADEA).

[Update May 29, 2008:  SCOTUS Blog also has an in-depth analysis of both cases from the plaintiff-employee perspective.]